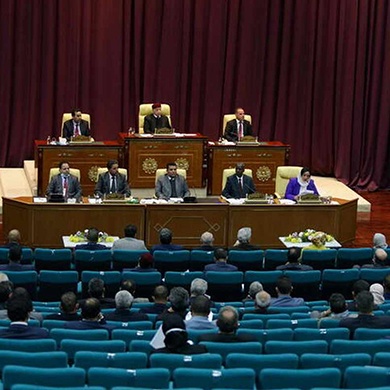 The head of the national unity government, Abdul Hamid Dabaiba, revealed that all conflicting political parties want the Ministry of Defense to be his share

He confirmed that the composition of the presented government does not include a name for the defense portfolio that Dabaiba will currently take over until a person is appointed, in consultation between the latter and the Presidency Council.

Because of this red line « Minister of defence » the House of Representatives suspended its session today, Tuesday, to give confidence to the government of national unity, until tomorrow morning, Wednesday……