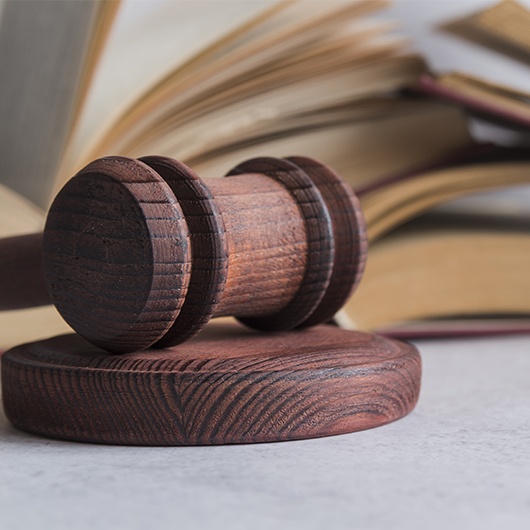 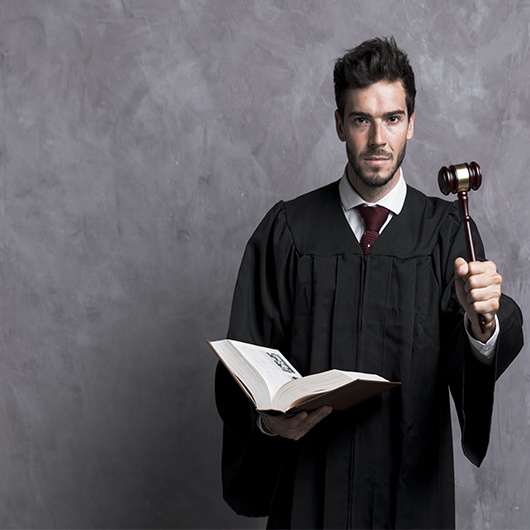 The profile section contains a list of firms that have taken out commercial profiles in The Legal 500. 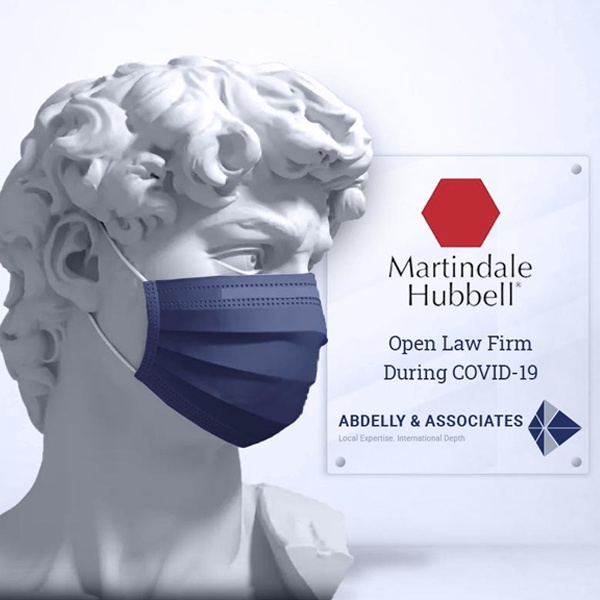 After the prestigious magazine, the famous Magazine Martindale-Hubbell ranking is as among the Firm opening during this COVID-19 With the advancing technology worldwide giving to our clients in our region and many other places in the world the best and the quickest services on 8 areas of practice

We are committed to continuing to provide our clients with the knowledge and expertise that we have acquired over our 27 years of practice. 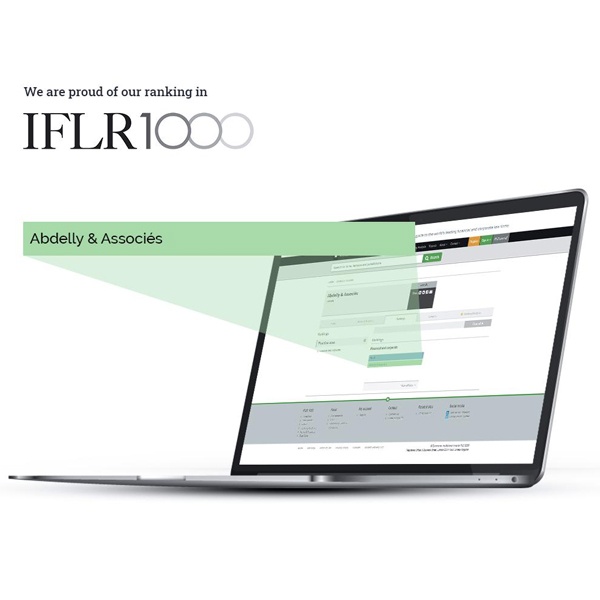 We are honored by the prestigious IFLR 1000 as top ranking among the leading financial and corporate law firms in North Africa based in Tunisia also in the fields of energy and natural resources, litigation, arbitration, mergers and acquisitions, media law and litigation, privatization, franchising and distribution, international trade, investment, banking and finance, tax advice and intellectual property. 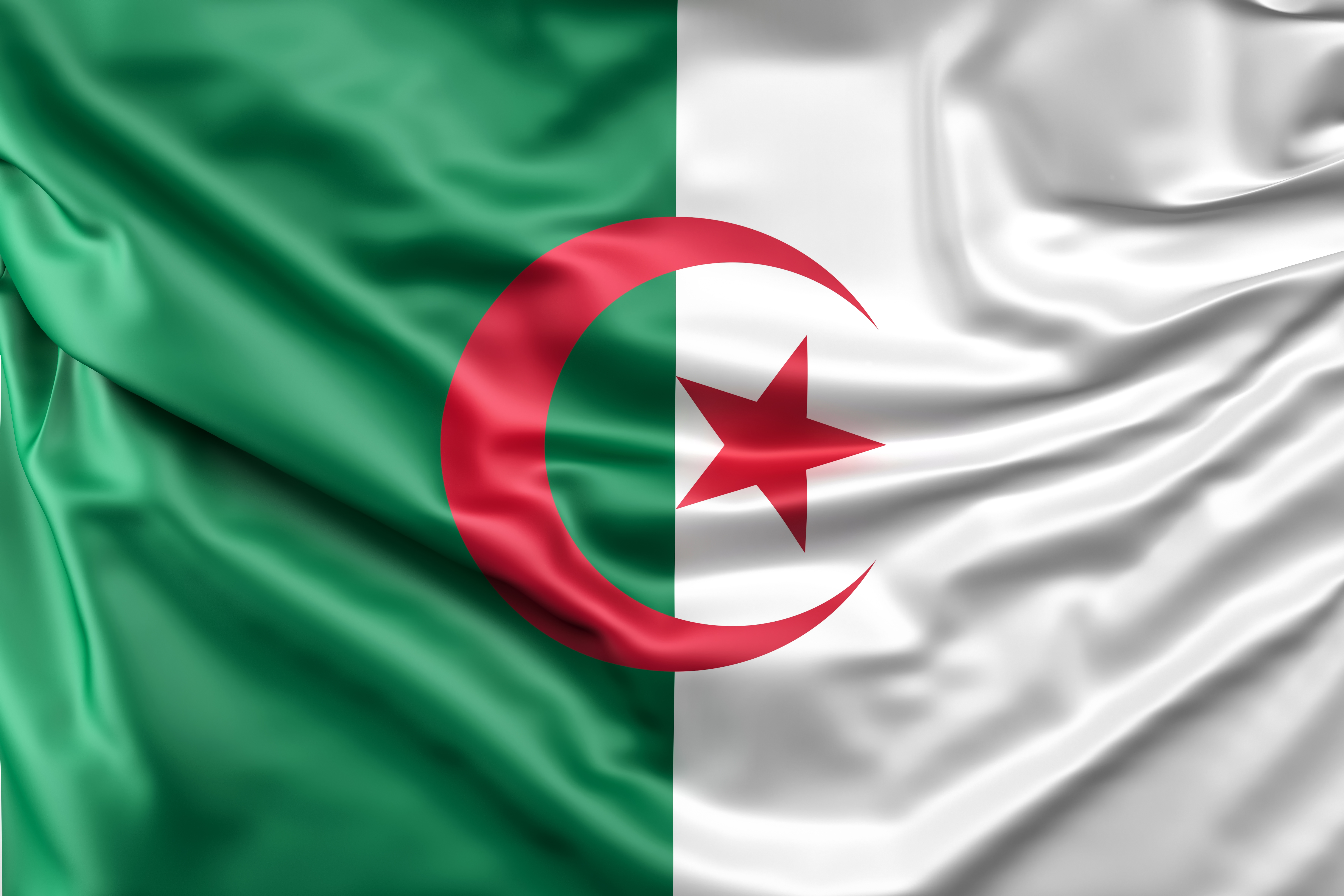 Algeria’s president refuses to borrow from the International Monetary Fund and cuts state expenditures by 50% :

Algeria set out to take strict austerity measures to confront the financial crisis that threatens the country as a result of the collapse of oil prices and the repercussions of an epidemic Coffed-19.

the president’s confirmation, Tabun refuses to borrow from the International Monetary Fund stressing that borrowing is an unacceptable policy and that it is“ a violation of national sovereignty. ”

The foreign exchange reserves in Algeria, which rely heavily on oil revenues, have declined from approximately $ 200 billion to expectations that it will drop to $ 44.2 billion by the end of 2020.

The Algerian Energy Minister has confirmed that: “There is a lot of talk about the cost, price and capacity 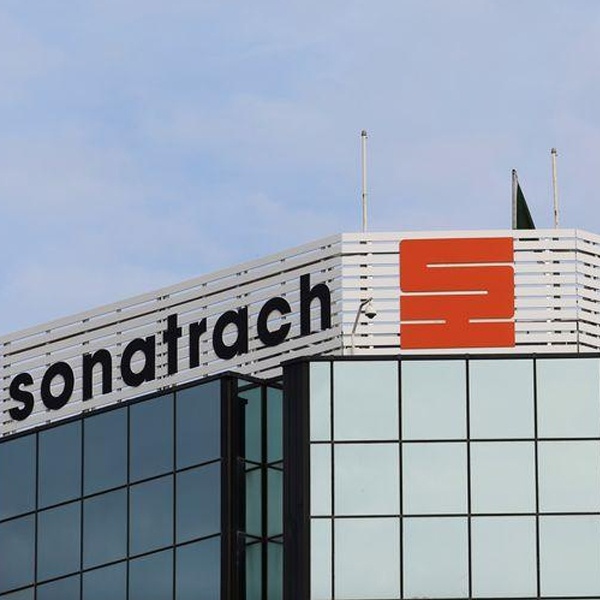 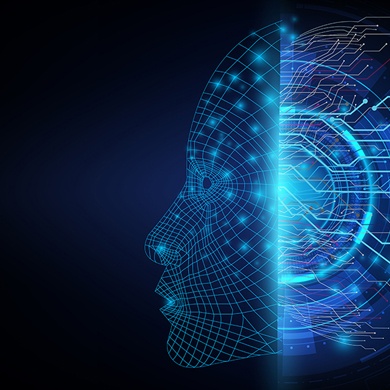 The world after “Corona” .. investing in youth and artificial intelligence

1 / The concept of artificial intelligence

Although there is debate about what “artificial intelligence” is, the term is used to refer to machines that include some degree of human cognitive ability. Artificial intelligence systems are not created equal and range from simple recruitment applications and automated chat software to systems with “machine learning” capabilities. The last version of the system is capable of “learning” on its own (using all of the data submitted) and thus making accurate predictions and decisions. Some are more sophisticated and use “deep learning” algorithms, i.e. algorithms that globally simulate the information processing patterns found in the human brain, to understand the new information it receives by comparing it to something known.

Ridesharing applications such as Uber and Careem use in-depth learning to calculate your itinerary and the price of your flight; Tesla uses a machine learning model (not supervised by humans) to drive its automated experimental functions; Netflix and Amazon use behavioral algorithms to predict which movies and TV series you are likely to enjoy, and which products you might be interested in based on your previous choices and purchases.

Take, for example, the case of the use of artificial intelligence in robotics, which allows the imaging and “reading” of DNA molecules that bind to 68 billion points in two minutes, thus enabling every child to test for every possible genetic disease. All these and many other advances are made possible by the convergence of faster, cheaper and more computerized (cloud-based) computing power, as well as by the ever-increasing generation and wide availability of data sets (on which the “learning” and development of AI systems depend).

Thus, in Tunisia today, we must look to the future, as we are an intelligent country, and we have no other chance than the intelligence of our youth, which is full of vitality and intelligence, to benefit from this new forward-looking gift.

Take, for example, the case of the use of artificial intelligence in robotics, which allows the imaging and “reading” of DNA molecules that bind to 68 billion points in two minutes, thus enabling every child to test for every possible genetic disease. All these and many other advances are made possible by the convergence of faster, cheaper and more computerized (cloud-based) computing power, as well as by the ever-increasing generation and wide availability of data sets (on which the “learning” and development of AI systems depend).

Thus, in Tunisia today, we must look to the future, and we are an intelligent country, and we have no other chance than the intelligence of our youth, which is full of vitality and intelligence, to benefit from this new forward-looking gift.

2 / How to get Tunisia in this open field today and in the closed club in the near future :

Tunisia should participate with friendly countries in the creation of smart cities with Tunisian capabilities, with advanced countries participating in the technology and to make the most of these technologies. I attended the Davos 2020 forum and I have been an eyewitness to countries that have agreed to move forward to develop these cities in secret.

In regulating this area, the state must not bite the dust and must strictly prohibit any young people involved in these projects from immigrating to work abroad for any reason whatsoever.

The UK House of Lords also endorsed this approach in its report “Artificial Intelligence in the United Kingdom: Ready, Willing, and Able“, as well as in a recent EU White Paper on Artificial Intelligence, which, among other things, outlines possible changes and improvements to the legislation. The current European Union faces specific risks for Amnesty International and we need to develop a law on artificial intelligence … (on the use of artificial intelligence in the health care sector) which is more appropriate because it offers a graceful, evidence-based approach that allows specific risks to be dealt with quickly.

With the significant increase in the frequency of technological innovations and production and their secrecy, our youth and our country must promote the development and absorption of artificial intelligence at the global level in an ethical, transparent and responsible manner with the invention of tools and applications adapted to the local market and export. 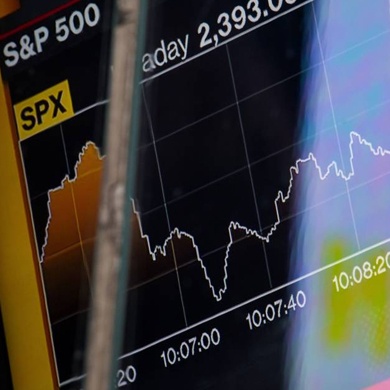 Coronavirus tracked: the latest figures as the pandemic spreads 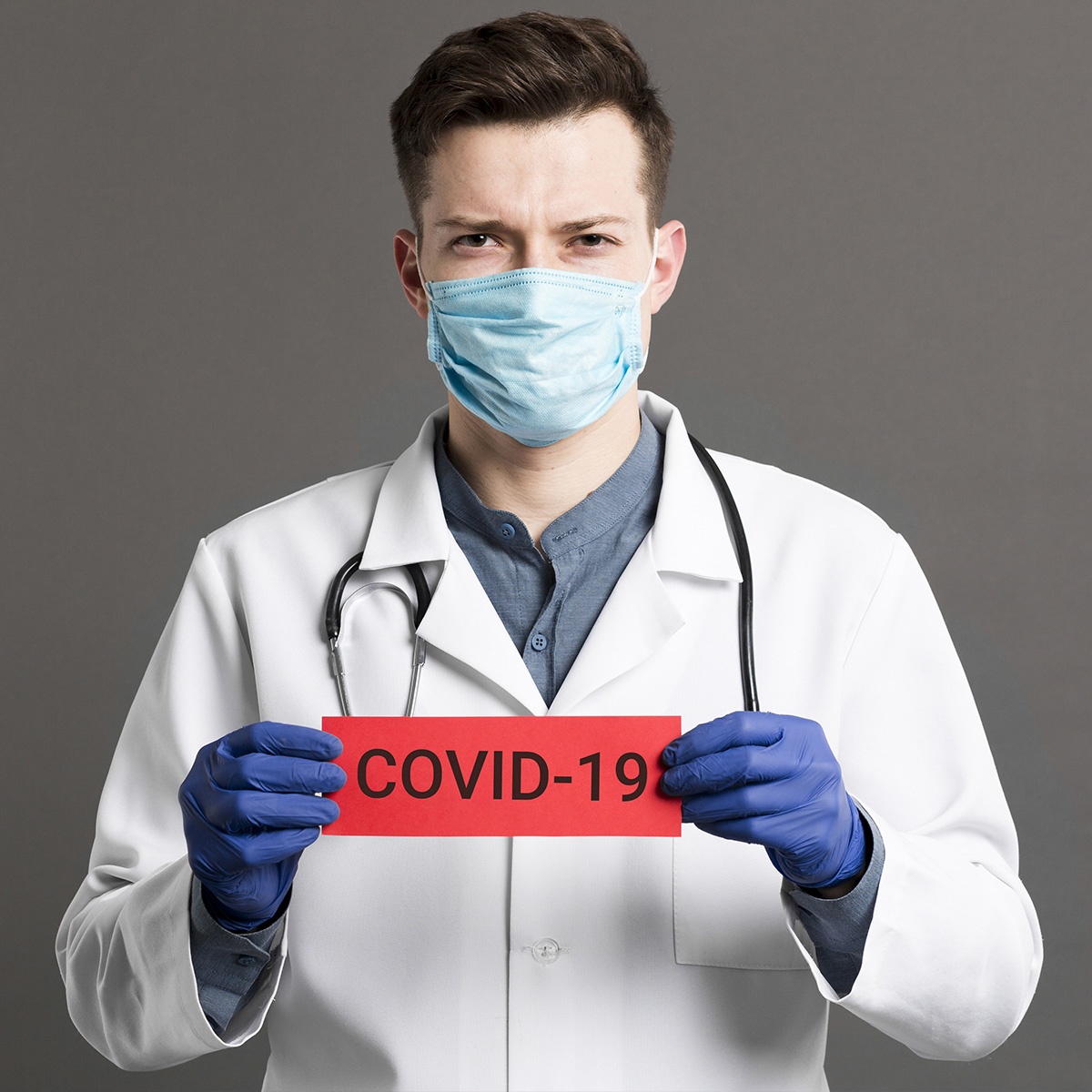 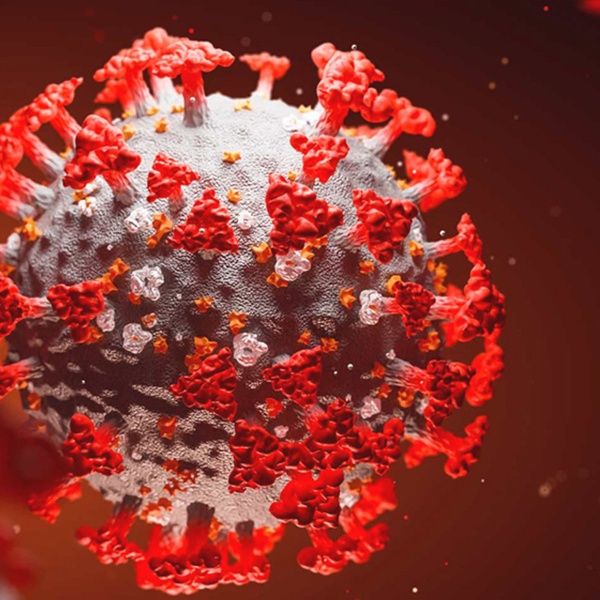 Coronavirus: Can we rely on force majeure to terminate contractual agreements ?

The Coronavirus has become a source of fear and anxiety around the world on a personal, governmental and corporate level.  Businesses are facing major challenges which is forcing them to make tough decisions and assessments of whether they are able to keep services open, supply of goods flowing and fulfil their contractual obligations at this critical juncture.

As we have already witnessed, particularly in the hospitality, sporting and entertainment worlds, there is an expectation that, cancellations and delays will be inevitable in certain business sectors and that, sadly, many employees will lose their jobs.  All of which will cause major interruption to businesses, make it difficult or impossible to meet contractual obligations, negatively impact service deliverables,  and lead to a lack of financial liquidity, to name just a few of the many knock on effects that will arise. This in turn will lead to disputes arising between contractual parties based on such knock on effects arising, including, for instance, for the delays and/or failure to deliver in the agreed times or at all.

The situation requires legal analysis being undertaken by corporate establishments vis a vis their contractual counterparties, employers towards their employees. creditors towards their debtors and suppliers towards customers on whether to discontinue work, refrain from payment and/or terminate contacts and most importantly, whether Covid-19 can be used to legally justify such actions or not.

Equally important is the need to focus on keeping the lines of communication open and trying to find solutions and acceptable responses to enquiries. Take for example the case

of companies, institutions, factories and individuals who have been forced to halt all business activities as a result of directives issued by governments to stop the spread of Covid-19 . One could very easily see how such instances fall into standard force majeure clauses which often contain direct reference to pandemics and government or public authority actions, although to establish the causal link the impact and the force majeure event remains a very high bar to jump over.

From Tunisian and international  perspective, one needs to consider the criteria applicable locally to force majeure which is likely to be used by contracting parties in Tunisia ?

While nations around the world are attempting to manage the spread of coronavirus using similar and aligned methods, the legal playing field is varied across territorial borders bearing in mind the differing legal systems and dispute resolution forums, Most Arab countries have judicial systems based on civil law systems. whereas most Anglo-Saxon countries operate on common law systems. This article focuses on the laws applied in Tunisian and Mena laws

Before delving into the position at law in the Tunisia , which a party would need to fall back on in the absence of an express force majeure clause, its key to understand what a force majeure clause seeks to do.  In a contract, a force majeure clause typically excuses one or both parties from performance of the contract in some way following the occurrence of certain events. Its underlying principle is that upon the occurrence of certain events which are wholly outside a party’s control, that party is excused from, or entitled to suspend, performance of all or part of its obligations. In other words, that party will not be liable for its failure to perform the obligations, in accordance with the clause.

In the absence of an express clause, a party would need to rely on the position at law within the tunisian law .

Applying the Tunisian law to situations related to Covid-19, there are four scenarios where the impact of coronavirus might be raised as a force majeure event directly impacting on work or contracts, as follows:

The force majeure may be clear and evident and easily applied to certain cases whilst other cases are much harder to argue. It is critical that each case is considered independently of others, taking into account its own and current circumstances, facts, business and sector.  Changes to situations are occurring on a daily basis and these changes will also impact whether force majeure can be argued or not.  An example of this is the recent directive from the Ministry of Education regarding closure of school and educational institutions; this is not a permanent closure, the Ministry has specified start and end dates, online learning programmes are being implemented by schools, teachers and staff continue to be employed and refunds of schools fees have not been provided. Sports and entertainment events were affected later than schools and so here is an example where the exact same force majeure event effects some sectors and businesses later than others and perhaps with greater or lesser impacts.

Additionally, Article 282 and following of the Tunisian code of Obligations and Contracts, provides that in the event of unpredictable events arising which have made execution of the contract burdensome, if not impossible, on the debtor in a way that it threatens him with heavy loss, the judge has the discretion, depending on the circumstances and by comparing the interests of the parties, to reduce the burden within reasonable limits. Any agreement contrary to the judge’s decision is void.