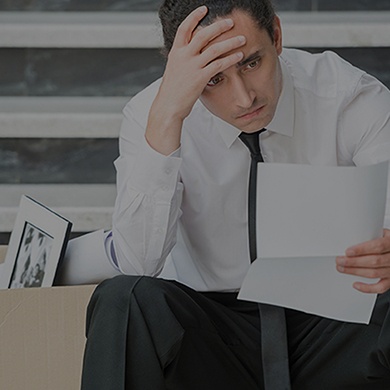 by Superadmin
Non classé5 May 20200 comments

In the current circumstances, the economic damage caused by the rapid and worrying spread of the Coronavirus is particularly serious.

And as the pandemic spreads further every day, it is clear that the small economic structures of our country will be the most affected and are now facing an economic paralysis that could prove fatal for some businesses and groups.

Indeed, these same structures have recently been subject to the obligation of temporary closure at the request of the Presidency of the Republic and the Government by the Presidential Decree of 18 March 2020 relating to the limitation of movement and gatherings throughout the territory of the Republic, outside the curfew hours provided for, initially, and by Government Decree No. 2020-156 of 22 March 2020 governing general sanitary confinement.

In addition to the self-employed and shopkeepers who have been forced to draw the curtains for almost two weeks and whose situation, in turn, remains worrying, Tunisian small and medium-sized enterprises which have obligations to pay social and/or tax installments, bank loans, customer or supplier requests, in addition to the penalties that may be imposed by late payments of any kind, find themselves in the embarrassment of risking bankruptcy or sacrificing jobs to cushion the burden and overcome the crisis.

If necessary, there is talk of reducing staff through the procedure of dismissal for economic reasons.

Dismissal for economic reasons is defined as any dismissal by an employer for one or more reasons not inherent in the person of the employee resulting from the elimination or conversion of a job or from a change, refused by the employee, of an essential element of the employment contract, resulting in particular from economic difficulties, technological change, reorganization of the undertaking necessary to safeguard its competitiveness or the cessation of the undertaking’s activity.

As with any dismissal, dismissal on economic grounds must be motivated and justified by a real and serious cause.

As for its application, it is referred to in Article 21, which lays down the detailed rules for its implementation by notification of the territorially competent labour inspectorate, together with the grounds for initiating the procedure.

The most frequent question that arises in this context is the following: is the termination of employment contracts automatic?

In the current circumstances, the economic difficulties of SMEs stem mainly from the crisis caused by the Coronavirus pandemic, which is suffocating the economy and bringing companies to their knees.

Thus, any suppression or transformation of employment, refused by the employee and affecting an essential element of his employment contract (unemployment, breach of contract, transfer etc…) following economic difficulties, constitutes a valid argument for dismissal in these circumstances.

However, it is still essential to justify the economic difficulties, possibly by a drop in orders or turnover, operating losses or deterioration in cash flow, by sincere and genuine accounting documents.

In view of the above, the termination of an employment contract for economic reasons due to the current circumstances cannot strictly comply with the procedure applicable to economic redundancies, and the material impossibility resulting from confinement.

In the absence of a rescue plan in our current case, the situation is worsening for Tunisian SMEs that are recording significant losses and for employees facing the unknown; this raises the question of social peace after a period of near serenity following the revolution of January 14, 2011, political instability, the various terrorist attacks that have occurred, strikes in certain sectors and the general strike of Tunisian civil servants on January 17, 2019.

The efforts deployed remain insufficient at this stage, a political will coupled with an appropriate strategy must intervene quickly to save the situation otherwise the coronavirus will be a major cause of unemployment in our country.

Mr. Samir Abdelli
Lawyerat the Court of Cassation
Member of the International Association of Petroleum Negotiators